On March 20, 2022, Jacie Hoyt became the new head coach of the Oklahoma State women’s basketball team following Jim Littell’s decade-long stint with the Cowgirls. “He did an amazing job and laid a great foundation for us to continue to build on,” said Coach Hoyt as she gave Fit City Mag an exclusive tour of the Cowgirl’s basketball facilities.

As we walked through the orange- and black-painted halls, I immediately felt how special it is to be a part of this team. From Nike and Gatorade sponsorships, to a recovery room with hot and cold tubs, to a family room with a fully stocked kitchen, it’s only the best for the Oklahoma State Cowgirls. “We’re in the Big 12. We’re competing against the best of the best and we’re trying to be at our best. I think it’s so important to have these resources to allow our student-athletes to be at their absolute best on game day. At this level, every detail matters,” says Hoyt.

One of the most important rooms in the women’s facility is the meeting room where the Cowgirls talk about their core values. The team spent the spring writing out their goals and collaborating on their mission statement. Hoyt says, “It’s important for the players to write it out, see it and talk about what it means to them. Coaches are teachers first and foremost so this is our classroom setting.” She noted that this is one of her favorite aspects of being a coach.

Hoyt: No Stranger to Hard Work, Adversity, and Leadership

Coach Hoyt not only grew up an athlete but followed in the footsteps of one of her most important mentors, her mother, who is a Kansas high school coaching legend. “I was able to watch my mom accomplish many things and have a lot of success in what is a ‘man’s world’,” says Hoyt. She learned how to overcome adversity from watching how her mom carried herself in challenging situations. Her mother is also one of her biggest supporters and always gives her the hard truth, telling her not what she wants to hear but what she needs to hear to be better.

Other mentors in her life include her father, a school superintendent in Kansas. He taught her about leadership and how to manage people. Hoyt also had former coaches show her the ropes and cheer her on and be her “truth tellers.” “One of the greatest gifts you can give someone is saying I believe In you. I’ve been fortunate and blessed to have that in my life and to now pay if forward to the players,” Hoyt emphasized.

Leadership to Coach Hoyt is about empowering people and walking alongside them. She believes it’s her responsibility to come up with the vision and carry out the mission that the team abides by. On or off the court, she stands up for her girls regardless of how tough the situation is. For her, it’s all about loving others and treating them the way you want to be treated. She’s the leader who says “get behind me” so she can guide them through the situation together.

Hoyt says her faith is her compass in those situations. “I make a thousand decisions a day. Faith is the filter that I make my decisions through.” She adds that her faith is her anchor and keeps her grounded when things don’t go well in her life. Coach Hoyt recalls several pivotal moments in her athletic career where things didn’t go as planned, specifically around injuries. She tore her ACL four different times, a difficult injury to rehabilitate. Hoyt said that her self-worth used to be the game, but now, being a head coach, she understands she is so much more than a player and a coach. “I had to go through that [injuries] to learn that about myself. I’m thankful for those experiences because they made me a much better coach for my players,” Hoyt said.

Hoyt knows how easy it is to get wrapped up in the wins, losses, and game performance and adds, “The best thing you can do is remember that you are more than whatever your performance says about you. Surround yourself with people who help you remember that.”

Leadership Can Be Lonely at the Top

Hoyt believes you should surround yourself with people who want what’s best for you. “Leadership can be lonely at the top,” she adds, but she wouldn’t change it. “If someone is talking about you then you must be doing something right and are important for some reason or another.” Hoyt believes that people who are supposed to be in your life will always be there. One leader who drew Hoyt to Oklahoma State is Dr. Kayse Shrum, the first female president of Oklahoma State University. “She recognizes the importance of females in leadership and athletics and has given me a blueprint of what that looks like,” Hoyt says. Dr. Shrum is mentoring Hoyt, bringing her to several events and outings. Hoyt adds that she loves the way Dr. Shrum carries herself with such poise, class, and confidence.

You Can Do Hard Things

“I want women and young girls to know that you can do hard things. It might seem like you have the world against you and you’re going to have to overcome some challenging things that others may not, but at the same time, that’s life. You have to continue to push through,” Hoyt states. Her advice to women in leadership and coaching positions is to be authentic to who they are, adding, “When I coach I’m very passionate, fiery, and competitive. As a female, that can sometimes be perceived as emotional or lack self-control, but with male coaches it’s competitive or passionate.”

Although this dichotomy is frustrating, Hoyt strongly believes that if you are passionate and love something then you must pursue it with all your heart and soul. This sentiment, in part, is what led her to Oklahoma State.

“OK State is a brand that is nationally recognized,” she says. Growing up in Big 12 territory, just over the border in Kansas, she and her family would hear about OK State every single sports season. When the University of Missouri-Kansas City hired Hoyt for her first head coaching job, she was the youngest head coach in Division I women’s basketball. Hoyt attributes that accolade to her hard work, but more so to the people who believed in her and were willing to take a risk on hiring a young, newcomer.

Hoyt is currently the youngest head coach in the Power Five. “I don’t take that lightly,” she states. “Its something I’m very honored to say. I see it as my responsibility to be a trailblazer in the industry and show my players that you can be a feminine, fiery female in this profession.”

The Cowgirls appreciate the connection with Coach Hoyt and the investment in them as women. “It’s important to me to be able to empower, impact, and invest in them in ways that really transcend the game. Helping them with their confidence and self-talk and all those things that are important to being successful in life after basketball,” says Hoyt.

Coach Hoyt immediately got to work adding several transfer players to the Cowgirl’s roster in preparation for the 2022 season. Now that she’s an Okie, Hoyt fits right into the Stillwater community and enjoys meeting the locals when she’s not on the court.

For information on the 2022-2023 Cowgirl’s basketball schedule or obtaining tickets, visit https://okstate.com/sports/womens-basketball

It is important to plan for the future. Fit City is dedicated to providing guidelines and resources that will help you stay prepared for all that life throws at you!

At Fit City, we prioritize health and well-being- both mentally and physically! Yoga Six teaches in a way that is easy for everyone to follow and understand. Their expert staff will help you find the right class to help you achieve your goals. 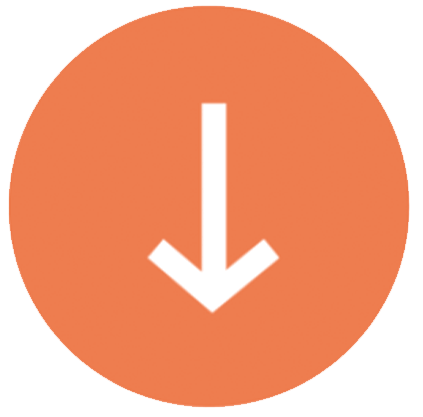 You're in the club!

Check your inbox for our Top 15 Ideas for Living Your Best Life in OKC.